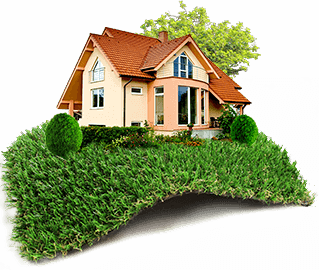 Property Assessed Clean Energy (PACE) lending is taking off, quietly, like a stealth economic weapon in the war against infrastructure obsolescence.  The potential impact of this still little known program could change the course of American history.  The numbers are staggering.

Overtly blessed by President Obama in an address last August, the financing tool is expanding rapidly across the United States.  According to PACEnation.us, 23 states and the District of Columbia have already enacted PACE programs (or are about to), and many more are debating them currently.

To understand why it could turbo launch the US economy like the New Deal following the depression of ’29, let’s review some of the most critical guidelines of typical PACE programs: a property owner can borrow up to 15% of the assessed value of the property to make energy efficiency, transportation efficiency, water efficiency, or structure-critical improvements (i.e., seismic retrofits in CA).  This credit, by the way, does not appear on the property owner’s personal credit, a salient point because we are speaking about an entirely new pool of credit in the US economy.  Those improvements are paid for by privately-funded bonds which are repaid via a long-term payment schedule added to the property’s tax assessment and transferable to future owner(s).

Note the important “15%” as the credit line allowance for any qualifying construction project(s).  Suddenly, a million dollar property has $150,000 of improvement capital made available to it, just for the asking, so long as there is a 20% equity position by the owner (that qualifier varies slightly from state to state, but is a common standard).  In California, the law now allows the program to be used for new construction, yet a new program expansion from the state that started it all.

So, given the impressive speed with which states are instituting and developing their respective programs, and the federal endorsement of the building improvement financing method, it means that we can look forward with high
probability to PACE being a nation-wide program by the end of the decade or so. Each of the 50 states will run their own variation of the financing product, but current trend indicates that the ratio of “line of credit to property value” will not vary greatly.

If 15% of that value were in fact converted into a line of credit progressively over the next decade or two (not all properties will qualify at the same time because of equity and many other reasons), the potential value we are speaking of injecting into the US construction economy is approximately.

That sum represents more than 25% of the anticipated US Gross Domestic Product(GDP) of 2015.  Why is that relevant?  Because the GDP “only” grows by about 2% per year.  So, the impact of this enormous credit pool on the US economy will be explosive, even if reaches only a fraction of its potential .

According to a recent study by a member of the National Bureau of Economic Research & UCSD faculty, reported by Business Insider, “each dollar of infrastructure spending increases the GSP (Gross State Product) by at least two dollars.”  So one can argue that the impact of the PACE line of credit on GNP is potentially …wait for it…$9.5 trillion.

Back to the present: the billions have already started accumulating. This month (11/2015), HERO/Renovate America, the leading PACE financier of residential efficiency projects in California, announced that since its inception some 4 years ago, it has completed $1,000,000,000 ($1billion) in PACE financing. At the start of this year, the number was $500 million.

PACE is not without its detractors.  The question of whether the cost of infrastructure improvements will result in equivalent property value increases makes some real estate folks nervous.  More significantly, some in the banking industry point to the first position which a PACE debt takes over federally guaranteed residential mortgage loans.   At one point in 2010, federal regulators halted residential PACE for that reason.  State and local governments, aided by advocates, sued and won.  Yet the underlying question of the program’s impact on the lending industry’s operating structure remains unresolved, and to quote a U. of Colorado Law Review article “PACE has been promoted as a national strategy for financing residential energy improvements without accurately representing the program to homeowners and without a careful analysis of the long-term sustainability of the program.”   While there is some new encouraging market data that assuage those concerns, they remain issues for some policy makers and financial institutions.

Why is the US government promoting it?

From the numbers perused above, this could be a dream for the US economy, assuming that the tax-based debt load doesn’t eventually negatively impact the real estate market.  So the first reason is, simply, PACE is a booster rocket.

The second reason, equally important it seems, is that the US government wants a rapid infrastructure upgrade in the US landscape.  We need more clean energy, more efficient use of carbon fuels, and more water solutions, faster.  With the US tax credit on the chopping block for solar within a few years, creative solutions for financing all sorts of infrastructure upgrades are urgent.  As the nation faces a pressing need to rebuild and modernize public infrastructure, reducing the load on it becomes one of the government priorities. PACE makes it easy for property owners to contribute to that goal by reducing their external demands on fossil energy and water.

The third reason is that the banks will not finance those improvements.  Property upgrades are hard to fund, unless one has a significant amount of equity.  So creating a mechanism that says “Want to put a new efficient roof on, and water-wise landscaping, as well as motion sensor light switches?… Do it! We have the money for you to start right now!” is bound to move things along at unprecedented speed.

What does it mean to you in the industry?

If you are anywhere near an industry that touches building envelope efficiency, clean transportation infrastructure, clean electricity production and storage, water efficiency, or natural disaster impact abatement at the building level, you should do high five’s at every Monday morning strategy meeting.  Per my conversation with Cisco Devries, originator of the PACE concept, it is the American contractor who is the front line of PACE marketing.  Now, the contractor can  propose significant building improvements when performing a routine repair, because he/she can get you financing to get the whole job done.  It’s a massive empowerment, distributed to a very large number of construction professionals.   Electrical contractors alone number 70,000 in the US ( per FirstResearch.com); each one could offer financing for i.e.,solar installation, as well as a long list of other efficiency improvements including that electric car charger.  That sort of marketing power, extended to other trades like roofing and plumbing, will spread the word fast.  Think of how this might transform nascent industries that have not yet spread their wings because of financing and adoption rate issues, like grey-water, micro desalination, site detoxification, efficient pool pumps, efficiency roofing, LED lighting, power back-up battery systems, and on and on.

What does it mean for Wall Street?

Wall Street is going to love… no…adore PACE, because it adds up to growth that is guaranteed by the US government.  In September, California-based PACE provider RenewFinancial securitized their first $50million dollars in PACE loans.   This is a preview of what is to come.  Uncle Sam has approved a mechanism that protects creditors, but somebody is still going to need to put up that capital, in billion dollar chunks.  So Wall Street is licking its chops thinking about the future business this all means.  In addition to funding the loans themselves, which will only return a modest yield, there will be significant high-yield opportunities from the drafting power of a financial instrument that size: funding new companies, taking them public, managing pension funds from the successful industry groups, advising on the different opportunities that will emerge from this thick and rising icing on the construction industry cake.

Scientific American named PACE one of the top 20 ideas that can change the world.  Granted, the acronym is still far from being a household word.  But in the span of a single generation, PACE could well have a revolutionary impact on our economy, and on our adoption of technologically driven infrastructure.  As I write this, a friend and neighbor has offered to show me a brochure offering investment in a PACE fund.  He isn’t totally certain how it works, but the guy that’s recommending it is “some Harvard MBA”…

I can hear the distant rumbling of a rocket engine in countdown.